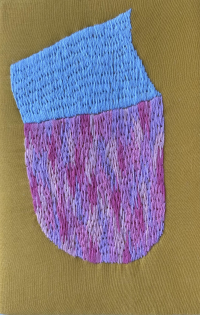 Designed by Patterson Associates, Ravenscar House Museum opens to the public in November.  Home to a private collection of New Zealand art, sculpture and classical antiquities the collection now assumes an additional life and presence, being permanently open to the public seven days a week.

The collection is the legacy of entrepreneurs Susan and Jim Wakefield, their initial plans for it to be displayed and open to the public in their Scarborough house with a shift in strategy following the 2011 earthquakes informing their decision to have their house rebuild on a new site.

This was gifted to the Museum for the project by the Christchurch City Council in 2015, following public consultation.

The House Museum comprises a foyer and four main rooms reminiscent of the principal rooms at the Scarborough House – the Dining Room, Bedroom, Living Room and Library – arranged around a central courtyard. A glazed gallery overlooks a Sculpture Terrace and the garden which has been designed by Auckland landscape architect, Suzanne Turley.

The precast concrete panels that make up the exterior walls are faced with crushed earthquake rubble – a mix of volcanic stone donated by the neighbouring Christchurch Arts Centre, brick from a demolished Christchurch house and Italian granite from the courtyard of the Scarborough house. The panels were made by Ashburton company Bradford Precast.

Inside and Outside – the building.   Frances and I have been in the cuartorial team.  Responsible  for the collection – furniture and other obects and the variety and quality that gives it its edge as a private collection.  The excitement and charm – almost emotional to see it like that .  It is in a house that it wasn’t collected for.  A house designed to house a collection. It just works brilliantly.  The ability of the architects but they have had to design around the collection but they haven’t  let that hold back that design.  Now that the furnishing are in there,  We have set things up to reflect how the Wakefields were in the house and also to the architecture  - the rooms are a – you could imagine yourself living there.  Haven’t regretted a thing– quite different to the original but aspects .  rawarara panelling form the original house – vinettes and glimpses – it references not to the architecture e but the way in which the furniture and objects reference back to the original Ravenscar house

It ground it and makes sense of it – not a house and not an art gallery.  It is a house I can imagine Susan and Jim living in.  It will straddle the idea of  home for art works.  It has been set up in a manner that it will have a gallery experience with it – not like visiting someone’s else – there will be desk and information associated with the museum.   The fact that each room has an invitation panel.   The big dining table  has a set upon it.   Very similar when you see it sitting there - they sat among all the beautiful art.  I look at my own collection. Look at Anthony Wright’s collection – people are living a lot more without collections.

Relationship between the garden and house?  The galleries – rooms – move around a central courtyard  - something that Susan was very keen on- a reflection impluvium in a roman house.  The impluvium is the sunken part of the atrium in a Greek or Roman house (domus). Designed to carry away the rainwater coming through the compluvium of the roof, it is usually made of marble and placed about 30 cm below the floor of the atrium and emptied into a subfloor cistern. Rain runs from the roof  -a spectacular waterfall effect.  There is Susan Turnley is the landscape architecture for it. There was considerable discussion between the family and trustee and what Susan had planted in the garden.  Not the same but reflects the plant types.  Set out like a series of rooms that look back to the house.  Susan had a large garden on white wash head.  This is a garden that reflects more to a relationship of being a series of plants.  It is at this stage very young.   It will be a could of years before you get it.

North side weather has been harsher.   Works through the garden – not a huge collection of outdoor works but works – doing well, a water feature called abstract – Dibbles are the predominant ones.  Not a lot at this stage – so we might  look to doing  -as a trust.  At the moment the most important thing is to get it open.  The works in the garden are in pools  (reflecting pools).   The Dibble at the entry.  That stood at the entry to the ravenscar house in the hill. Its position reflects back to Susan and Jim to entering the house.

They are seamless – as you look around you get views through the windows - very much part of the overall experience.  Facing west there is a corridor that is glazed – Ann Robinson’s big  glassworks looking through them to the exterior.  One of Neil Dawson’s domes and you will see it from two sides – you will see the colour of the dome and then as Neil’s works do.  The silver coating reflecting against the walls - relating the interior in the works.

One of the things with the house itself is that is its very modern house sitting in an area of older gothic  buildings but it has forms and peaks that relate to those buildings but the masonary is crushed brick and crushed stone from various places – an earthquake memorial – its materiality reflects the older 19th century building.  People will see the crushed stone.  Makes you more conscious of what it is telling you.

Connected in many, many ways – its rehousing of a collection – and a house.  It has a cultural historical connection to the city in a tangible and intangible way.  There from the beginning.  Might have not always been explicit but it was implicit.  Susan was confident it should make a statement of its own and also be very much part of the city.  Designed for that site.  Patersons have really considered the site.  The siting and its relatiionship to the city.

Public consultation with the icon group.  The design has changed as time went on.  It maintains its general original intent but there were changes to the original l concept /design as time went on.   Not a replication but a nod to.  A familiarity.

Opening at the Box Quarter at 270 St Asaph Street, In the Hours After is a group exhibition of works by nine artists representing the alter-egos of staff at Gordon Harris Art Supplies in a series of multidisciplinary practices that include watercolour, printmaking, jewellery, mixed-media, eco-printing, sculpture and embroidery.   The contributing artists are: Klaudia Bartos, Seonaid Burnie, Carrie Dingwall, Bebe James, Al Joice, Peter Pinckney, Louann Sidon, Olivia Isabel Smith and Theresa Waugh.
In its title, In the Hours After, is a group exhibition that acknowledges a division of occupations between being an artist and sustaining an income around it – and there are as many pluses as there are minuses in sharing time between both.  A recent survey of artists dividing their time between roles by the British newspaper, The Guardian found that for a significant proportion of them there was value in both.  Printmaker Adam Bridgland sustains his practice through the exhibition and sale of his primary-coloured screenprints through his London gallery, TAG Fine Arts, complemented by his work installing exhibitions for galleries that include the Tate Britain and Tait Modern.  He described his life as a ‘jigsaw.’   Plus, he is working with the work of artists as well as with other artists, a network of friends with colleagues.

In the Hours After.  A group exhibition of staff at Gordon Harris Art Supplies, Christchurch
Opens:  5th November 5:30pm