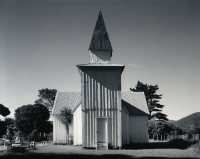 Culture Catch is a group exhibition scheduled from December to early February, bringing together the work of four artists, working in different mediums, considering and responding as both participant and observer to the recording and documentation of culture in which the land, (and the evidence of our interactions and relationships with it), assumes an inescapable presence.

Laurence Aberhart has been at the forefront of photography in Aotearoa since the late 1970s, refining his craft in photographs that mediate on time, place and cultural history, encouraging those who encounter his images to do the same.   Shane Cotton exhibits a large black pot embellished in a rich and layered iconography, affirming  Tūrangawaewae and an implicit and empowering relationship with the land as ‘a place to stand.’   Mark Mitchell’s ceramics vessels share this spirit, their woven geometric patterns and glazes, seemingly meandering and inviting comparison with streams, rivers and the myriad of networks of the natural world.

Matthew McIntrye- Wilson exhibits two gigantic hand-woven flaxen fishing nets, connected intimately to Māori traditions and histories, as well as the ‘newness’ of such traditions, skills, and intellect in the context of the contemporary art gallery in the 21st century.

+ Text Size -
Do NOT follow this link or you will be banned from the site! Original generation time 1.8410 seconds.