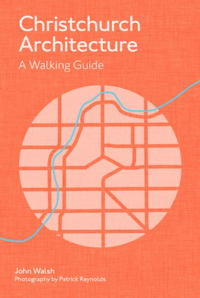 The second volume of Simpson’s epic study of New Zealand’s most enduring artistic presence was every bit as meticulously researched and beautifully illustrated as the first volume There is Only One Direction (2019).

Auckland University Press remains the insurmountable standard for New Zealand art publishing. Byrt provides an exhilarating look into a pivotal year, give or take, in the formation of one of New Zealand’s best-known artists.

Still with AUP and Billy Apple, a useful whirlwind overview of a complicated man and his usually uncomplicated work.

An intimate look at the life and work of a Canterbury legend, from Summers’ beginnings as a self-taught artist through to his mastery across media of the human form as a highly visible sculptor outside the hierarchies of the art world.

A compelling and nuanced study of one of New Zealand’s greatest painters told with nuance, dignity and free of art world agendas by a major literary voice.

Bird and human form in bronze have been the chief preoccupation of New Zealand sculptor Paul Dibble for the last ten years. This is a valuable guide to that work.

A beautifully illustrated book (Ron Sang books are rarely otherwise) documenting the career of an uncompromising New Zealand artist who explores the relationship between sculpture, place, and the natural world.

A handy pocket-sized bound version of an essay meditation on McCahon’s work originally intended by Edmond to be a part of his 2011 book Dark Night: walking with McCahon (AUP), but was omitted. The essay can also be found on Sydney reviewofbooks.com, but for those of us who prefer reading to be a tactile experience this is wonderful.

Of particular interest to Cantabs, this delightful guide by John Walsh, Communications Director of the New Zealand Institute of Architects, and architectural photographer Patrick Reynolds suggests six pedestrian routes to take you to sixty buildings old and new.

Canterbury Museum is home to some 2.3 million taonga, most of which is never seen by the public. This book tells an extraordinary story of people, place and institution picked out in 150 artefacts from the collection.